GET YOUR FREE VISITOR'S GUIDE!

9 Incredible Experiences to Have
in Greenville, SC

GREENVILLE, SOUTH CAROLINA, has emerged. This town, located in the foothills of the Blue Ridge Mountains, has put a big emphasis on local talent and locally made goods and has created a space for travelers to really dig in and experience the community. As a result, adventure, arts, and culinary professionals have flocked to the area to get in on the ground level.

Which, by and large, is a very good thing. But it does mean time is of the essence if you’re looking to be the first among your group of traveler friends to check out the best of what this city has to offer. Here’s what you should do before everyone else arrives.

1. Take your morning coffee to Falls Park on the Reedy.

Greenville’s downtown is very connected and pedestrian friendly, and Falls Park and the Liberty Bridge that crosses the Reedy River are right at the heart of it. Grab a cup of coffee from Spill the Beans, a local roaster adjacent to the footbridge entrance, and walk out over the 345-foot-long suspension bridge. If you follow the steps down, you’ll find stone benches and a lawn — perfect for mid-morning picnicking. This is a popular gathering place for the community, and it’s a great spot from which to enjoy the nearby gardens and public art.

The scenic park was designed by landscape architect Andrea Mains in 1999, at the time when the area was still pretty industrial (think leftover 19th-century textile mills skirting the riverbanks). By 2003, the community’s devotion to the Reedy had created a new identity for Falls Park — and the city of Greenville as well.

The Prisma Health Swamp Rabbit Trail is a paved pedestrian and cycling path that connects schools, shops, restaurants, and parks — basically an urban-meets-nature hodgepodge. It stretches for 22 miles from Lake Conestee Nature Park to the town of Travelers Rest, with plenty of parking, access points, restrooms, and some gorgeous tributary trails along the way. Consider it a back-roads way of getting to know the area, only with less gravel and more tapas.

Pro Tip #1: Follow the Swamp Rabbit’s mile markers and look for the carrots when you want something to eat or drink — they signal that a restaurant (or two) lies within the next mile. If you can keep at it for the entire ride to Travelers Rest, there’ll be sweet and savory crepes at Tandem Creperie and Coffeehouse waiting for you as your (much-deserved) reward.

Pro Tip #2: If you’re a serious cycler, you can elevate your ride by hooking up with US cyclist George Hincapie, a former Tour de France teammate of Lance Armstrong. The cool-down is led by Hincapie and followed by massage therapy from five-time Tour de France soigneur Jeremiah Ranegar at Hotel Domestique. We weren’t kidding when we said the pros relocate here on the regular.

Hop in a van with Gary Glancy, founder of The Brewery Experience, and you’re off. Glancy is a Certified Cicerone® who’ll take you for an afternoon of informative imbibing at some of Greenville’s best breweries. And if one beer excursion isn’t enough, try another like the Hump Day Getaway Brewery Tour, where the first stop is Tetrad Brewing Co., followed by Liability Brewing Co., and The Eighth State Brewing Company.

4. Wander the Village of West Greenville.

Greenville has a rapidly expanding arts community, and the Village of West Greenville is one of the best places to experience it. You’ll find more than 60 businesses here, including plenty of galleries and studios and a handful of retail shops filled with locally made pieces. There are often pop-up shops and interesting events to boot, like Couture for a Cause, a runway competition where participants can only use the most unconventional materials for their garments (and proceeds go to cancer research).

There are some great places to eat over in the Village of West Greenville, too. Check out The Village Grind for espresso and perfectly flaky, locally baked pastry. For lunch, stop by Coastal Crust for Mugnaini wood-fired pizza and other Italian specials; be sure to try the Italian Chopped Salad! Later in the evening, make a pit stop at Bar Mars (named after the owner's Pitbull rescue) for delicious craft cocktails and a low-pressure, whimsical setting.

On the First Friday of every month, the Greenville Center for the Creative Arts participates in the Greenville-area free gallery crawl from 6 to 9 pm, with local artists displaying their work — and hanging out to answer questions and lead discussions. Make sure to pick up the signature drink of the night at the reception table before chatting with fellowship students working in their studios or mingling among the crowd.

GCCA, located in a former mill building, connects the art community by providing a place for artists to work and patrons to get to know the people behind the art. It’s easy to feel inspired in the lofty space, so plan ahead and book an art class to get a more hands-on experience. You can learn to paint, draw, mimic the masters, or explore something new like encaustics, a medium that stems from painting with pigmented wax. And this isn’t just for adults — kids are definitely welcome. There’s a craft class…and we hear some of the artists bring cookies for the kiddos.

Speakeasies might be a not-so-new trend, but this one is different. The space at Vault & Vator features the original vault and elevator inside the basement of a former Dr. Pepper building. Though the location itself is easy to access, the house rules are what make this bar a fresh concept. First, no cell phone use is permitted inside. Yeah, yeah, yeah — before you sigh and cross this place off your list, just try going phone-less the next time you’re at a bar (it’s the perfect way to meet someone new or, you know, actually talk to people you already know). And at Vault & Vator, everyone’s doing it. Other rules to obey: Everyone must be seated to order, and patrons are asked to be respectful of those around them. After all, this is a cocktail bar, not a place for collegiate nostalgia and Jäger bombs.

To get down to business, schedule a cocktail class rather than a single-drink visit. But definitely plan ahead — the classes put on by co-owners Joe Clarke and Darlene Mann-Clarke, along with head mixologist Kirk Ingram, often sell out. Each cocktail course is limited to 20 people of any skill level, and your taste buds (and friends!) will be glad you went.

7. …or get some cooking tips from a local chef.

Renowned Chef Sean Brock of Husk has opened a new location in Greenville and some of his past staff members have already opened several of their own. From Greg McPhee’s The Anchorage to Haydn Shaak's Restaurant 17, Greenville is now the stomping grounds of some serious local culinary talent. You can get a taste by taking a seat “At the Chef’s Table” for a tour of five diverse downtown restaurants with John Nolan, a local author and historian. You’ll meet the chefs and hear about the history of Greenville and its restaurants.

If you’re looking for something more casual and classically Southern, go for a trip on the BBQ Trail Tour. Drive through textile mill villages, learn some grilling techniques, and save room for a vast assortment of mains and sides. No matter which route you choose, definitely plan for a food coma.

8. Catch a show at one of the city’s theaters.

Greenville is always hopping with concerts, lectures, ballets, and offbeat shows like “The Simon & Garfunkel Story,” and the Peace Center is usually the center of this scene. There are guest and resident companies, sure, but also traveling Broadway shows, a chamber music series, and “Peace Voices,” a program by Poet-in-Residence Glenis Redmond, which teaches participants the art of writing and sharing their own stories. Again, pros.

But the Peace Center isn’t the only theater in town — Greenville Theatre has been holding live performances since 1926. The resident company puts on a main-stage series, theater for kids, and hosts a concert series. Buy your tickets on a Friday afternoon, pick up lunch at the food-truck lineup outside the box office, and make a day out of Greenville’s artsy side.

Make sure to check out The Warehouse Theatre as well. Seating 150, it hosts live theater, yes, but it also seeks to empower its patrons through applied theater classes and professional development programs. And last but not least: Centre Stage. With nearly three decades under their belt, they put on several productions each season and collaborate with other local creatives — think orchestral musicians and visual artists — to synthesize experiences you won’t find anywhere else.

No one can refuse a rooftop bar. In the South, it’s practically social law. And UP on the Roof at the Embassy Suites by Hilton Greenville Downtown RiverPlace has the best skyline view, making it a no-brainer anyway. Take a seat outside on one of the couches by the fire pits, and try a handcrafted cocktail like Night Moves — there’s nothing like tequila, jalapeño, lime, lemon sour, agave, and cucumber water to send a night off in the direction of Seger’s “Night Moves.”

Check the bar’s event calendar for seasonal events and nights featuring half-off bottles of artisan wine. They serve small plates to deliciously complement the libations, so do yourself a favor and order one or two to sample. That is, after you do yourself the favor of getting to Greenville.

*Originally published by, and in partnership with, Matador Network. 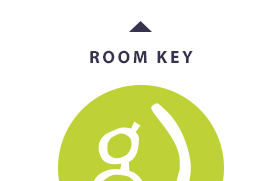 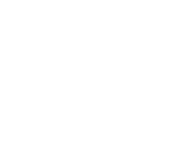